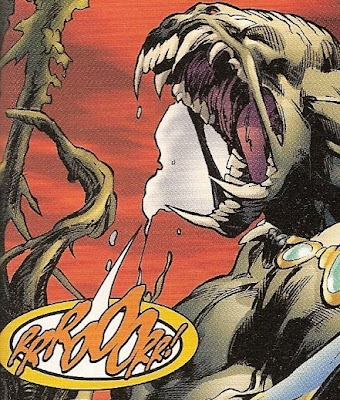 Yeah. Figures. I start blogging again, and he gets kidney stones. THREE of them this time. TRIPLETS. They're not serious or anything (yet), but Mr. Sea is not having a good time.
Next item: I finished Daredevil on Netflix. I made sure I didn't fly through the episodes, because I wanted to savor them. It was difficult, because some of the episodes ended with really good cliffhangers. Final verdict? I want to REWATCH the entire series, because that's how much I enjoyed it. The plot is engrossing. The fight scenes are FABULOUS. The character development was very good, especially for Daredevil and Kingpin, and all of their various contradictions (yes, Matt is a lawyer AND a vigilante, and he does struggle with the ethical incompatibility of those two disciplines -- just as he always has in the comics).
Weird as this may seem, there was only one thing in the series that disappointed me, and that was when Daredevil finally switched from the "Dread Pirate Roberts" look to his final, iconic costume. As often happens when attempts are made to make real-life versions of what are essentially drawn costumes, the final Daredevil costume looked a bit -- well -- cheesy to me. But, really, what else can you do with an acrobat costume with devil horns on the cowl? Even Batman's costumers still have trouble with the bat threads, after close to 70 years of attempts. At least Daredevil's costume doesn't look cumbersome. To the designer's credit, Daredevil actually looks like he wouldn't have any trouble doing real acrobatics.
I'm also glad they didn't start off with the Electra saga, though she is mentioned, rather coyly, in one episode (when Foggy asks Matt about a "Greek" woman he dated). Maybe Electra will appear in Season 2 -- along with Bullseye...?
It's funny, because I have tried watching Arrow, Gotham, and the Flash. NONE of them held my attention past the second episode. Daredevil, I made it all the way through without any trouble.
Finally -- I did see Avengers: Age of Ultron on Saturday. I LOVED it. No, I don't think it's the greatest movie of all time, or even the greatest super-hero movie (it's more chaotic than the first Avengers film, and some stuff may be lost on people who don't know Avengers history), but it is FUN, FUN, FUN. I also made a startling discovery about myself. I was really looking forward to seeing Ultron -- easily my favorite Avengers villain -- but what really had me totally geeking out (and, in fact, had even my just-as-geeky brother rolling his eyes at me) was the appearance of THE VISION. Holy cow, was I ever so happy to see the Vision! I can't BELIEVE how happy I was to see the Vision -- and, yes, I was pleased with how they presented him. I finally had to acknowledge that I love the Vision as a character. I just never realized it before. After all, most of my Avengers knowledge dates back to the late 70s and early 80s. But, oh, I was ever so happy to see the Vision, and to see him and the Scarlet Witch be ever so delicately interested in one another. Oooooooooh, I loved it! So --Wow. I'm a Vision fan. Who knew?
Other personal news -- I start a new job on Monday! Well, sorta. It's actually a temp job with my old company (different location). It's not glamorous, and the pay is less than my last job, but it's income, and it keeps my resume from having a huge dead zone in it. So, it looks like my days as a stay-at-home mom are coming to an end.
...
WAAAAAAHHH!!
Posted by Sea-of-Green at 5:03 PM

Most importantly, congratz on the job.

Second, just an interesting point. Of all the blogs I've read, and people I've talked to, the ones who's opinions I tend to value the most have all used the word "savor" when referencing not speeding through the Daredevil series.

Man, you have a lot going on! My condolences to Mr. Sea. He can't be a happy camper at the moment. And Congrats on the job!

I don't have netflix, but perhaps it is something that I should acquire. The general reviews of Daredevil have been very encouraging.

I'm glad that you liked Avengers. I still haven't seen it, but hopefully this weekend. I'm glad that the Vision shows up, because I always liked the way that John Buscema drew him. That was one cool costume. I just hope he's not so...mopey.

Thanks, Jeff! On those rare occasions when I do like a series, I don't like to rush through it. I don't want to risk missing anything!

Sally, all I can say is that I was very happy with the way they depicted the Vision -- and, no, he wasn't mopey a bit. :-)

I have learned a lot from this post which will help me in future.
hp printer customer care number