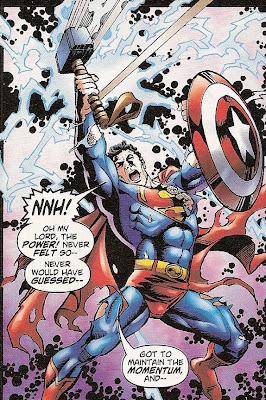 Well ... they ARE cool. Who wouldn't want Thor's hammer?
Posted by Sea-of-Green at 6:59 PM 2 comments: Links to this post

Wow, it's gonna be really green at the cinema next year! Of course, the new Green Lantern movie is supposed to be released next year, and I am pretty excited about that. However, kicking off 2011 is the new GREEN HORNET movie. Now, the Green Hornet and Kato, as characters, have gone through a lot of changes and suffered a lot of indignities over the years, in every type of media you can imagine. But I'm hopeful about this movie.

One thing that I find very intriguing is the fact that (based on what's in the trailer) some deliberate humor has been injected into the Green Hornet universe. That's actually rare for Green Hornet -- and I don't think it's a bad thing AT ALL. Quite the contrary. Despite supposedly being a descendant of the Lone Ranger, which IS pretty darned exciting, Britt Reid has always been a very bland and (let's face it) BORING character. Kato was always the interesting one, not Britt. (In all fairness, though, Britt does have a huge problem in that, it's hard to appear interesting when you have Kato as a sidekick -- who is just about the COOLEST sidekick in existence.) Actor/comedian/writer Seth Rogan may seem like an awkward choice for portraying Mr. Reid, but I think he'll lend some much-needed personality to the character, in addition to the humor. 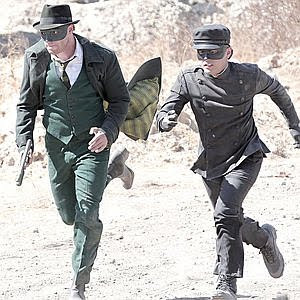 It's also interesting that Britt Reid's history appears to have been rewritten a bit to make him seem like a pre-Green Arrow spoiled-brat rich-kid Oliver Queen. INTERESTING. 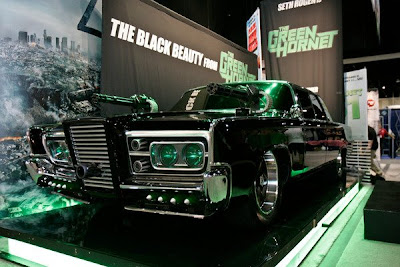 SO, in a nutshell, I'm very much looking forward to seeing Seth Rogan, Jay Chou, and Cameron Diaz in The Green Hornet this January. Bring on the big-screen comic book fun!

Posted by Sea-of-Green at 2:02 PM 3 comments: Links to this post

Come to the JLA-Avengers LUAU!

Now, THIS is something I want to see more of in my comics -- DC-Marvel crossover LUAUS. Seriously, these guys need more opportunities to have fun together. Click on the following image to see a bigger version. It's worth it! 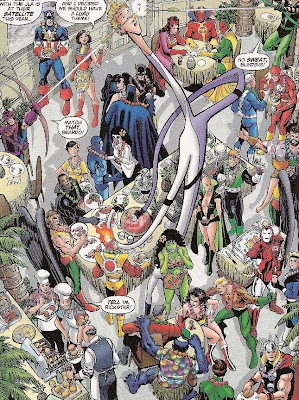 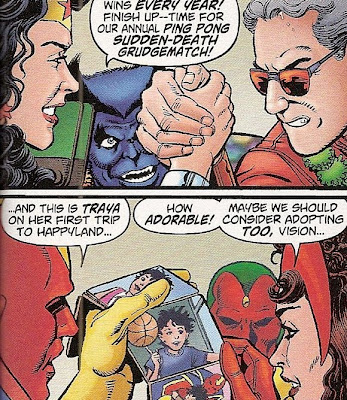 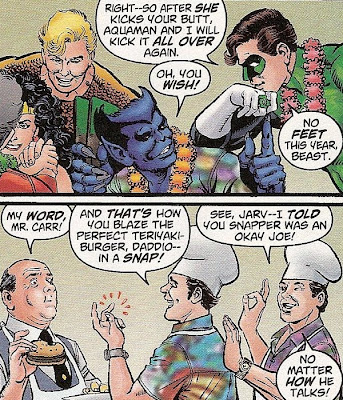 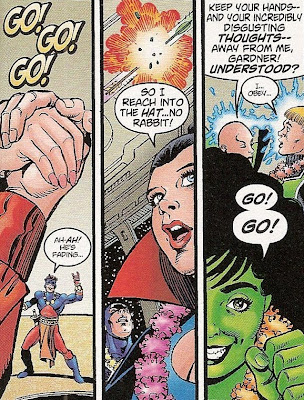 I don't know about you, but I personally find the idea of Rick Jones and Snapper Carr hanging out together downright scary.

From JLA-Avengers, 2004, by Kurt Busiek and George Perez.
Posted by Sea-of-Green at 2:45 PM 6 comments: Links to this post

The end of the comics blogosphere approaches ...?

DC Universe Online actually, finally looks set to be released soon -- November, in fact, or at least that's the OFFICIAL release month. I'm still skeptical since the release of this project has been delayed before, but it's looking a little more hopeful this time.

So, what's DCU Online? For those of you who don't know, it's an online gaming environment, similar to World of Warcraft, that consists of the DC Universe and all of its characters. The idea is, you can create your own hero or villain and roam freely around the DCU, battling villains or heroes, interacting with DC characters, etc. Here's the official short description, followed by the most recent trailer:

"DC Universe™ Online is the only next-generation massively multiplayer online action game that delivers unparalleled physics-powered combat set in the DC Universe™. This genre-defining game puts the power of the DC Super Heroes and villains into the palm of your hands… The next legend is YOU!"

I think the only DC cities that will be available, to start, are Gotham and Metropolis, but others are planned for the future. They'd better be planning on allowing players to go into SPACE, because you KNOW all of the Green Lantern fans are going to be expecting and demanding it. 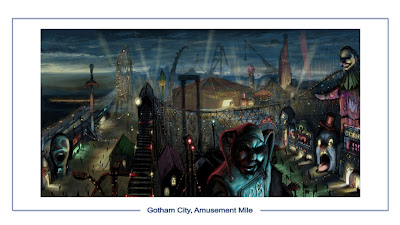 There IS supposed to be a Marvel version in the works as well, but its release seems to be delayed at the moment. The DCU one is scheduled to be released first.

So, does this spell the end of the comics blogosphere? I wonder. Probably not, because people who love to write are going to feel compelled to write, no matter how seductive a gaming environment might be. However, I can picture myself becoming a Green Lantern and running around in this environment QUITE easily. It could potentially be a huge success and very addictive -- in which case, traffic around the blogosphere could drop dramatically as bloggers instead head out to beat up virtual opponents or try to strike up romances with various DC characters. OR, the game environment could turn out to be a huge disappointment and the bloggers will stay put. We'll see!

In the meantime, if you want to know more about DC Universe Online, here's the official link:

Here's some concept art, too, with more available at THIS link: http://dcuo.station.sony.com/featured-art.vm. Click on images to see larger versions. Of course, most of the available artwork is devoted to Batman's universe, but what there is looks VERY interesting. Have fun! 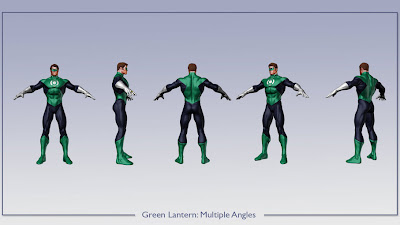 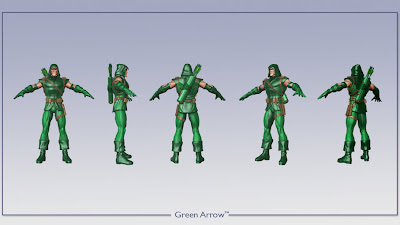 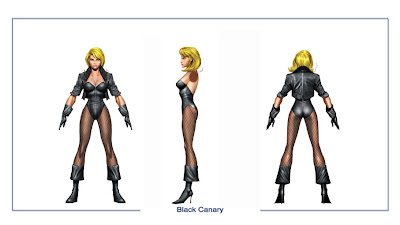 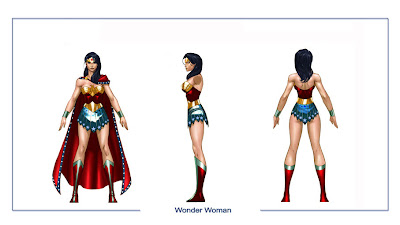 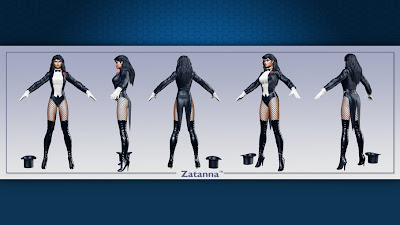 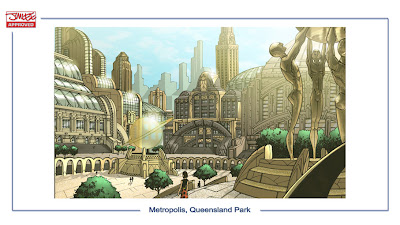