The cast of SpongeBob SquarePants dubs the CLASSICS!

OMG, I have to share this video link my friend George just emailed to me. PRESENTING, the voice cast of SpongeBob SquarePants providing dubs for scenes from Casablanca, Singin' In the Rain, and The Godfather:

Normally, I can take or leave SpongeBob SquarePants, but I LOVE Patrick the starfish as Lina Lamont from Singin' In the Rain. Geez, it put me on the FLOOR when I first heard it. Ha! 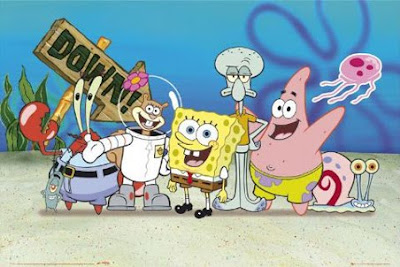 Posted by Sea-of-Green at 8:52 AM 2 comments: Links to this post

Seriously, it IS World Toilet Day. If you don't believe me, go ahead and visit the Web site of the World Toilet Organization. Yes, the organization really exists: www.worldtoilet.org 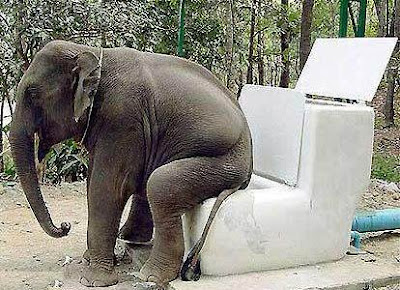 Ah, toilets. Sure, everyone hates cleaning the darn things, but what would we do without them? I dunno about the other parts of the world that are lucky to have toilets, but without them, people here in the USA would probably still be forced to run outside in rain, snow, sleet, hail, fire, or flood to use the outhouse. Yeek! Granted, some parts of the country still DO use outhouses, but most people would rather have a toilet, even if it means having to clean the lousy thing. Yessiree.

What I really want to know right now, though, is -- Do URINALS count on World Toilet Day? 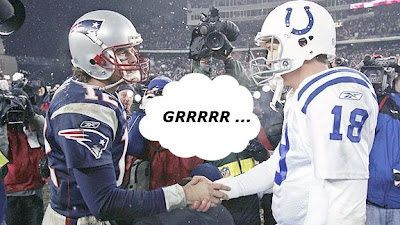 Sunday night is the BIG GAME! You know, THE big game -- the one we see every year between the New England Patriots (boo, hiss!) and the Indianapolis Colts (yay-rah-sis-boom-bah!). Yes, yes, I'm a Hoosier and a native of Indianapolis, so I can't help cheering for my Colts. However, even better than merely cheering for the Colts is having a front seat to the greatest rivalry in the modern NFL. Holy cow -- win or lose, how I love these matchups!

And I have to laugh -- OH how I have to laugh -- at the "Brady vs. Manning" arguments among fans. I swear, they're worse than "Superman vs. Green Lantern" arguments: "Oh, but Brady has more Superbowl rings!" "Yeah, but look at the stats! Peyton is a WAY better quarterback!" "No way -- BRADY is better!" "Brady needs the entire Patriots team to carry his ass!" "No he doesn't!" Blah, blah, blah, blah ...

(Then you have the "Brady-is-prettier-than-Manning" argument. Well, yeah, I'll admit that Brady perfectly fits the profile of the stereotypical handsome quarterback. I know the man is from Louisiana, but Manning looks and sounds so much like a big ol' Indiana farm boy that it's no wonder he fits in with us Hoosiers so well.)

Well, here are my two cents on the Manning vs. Brady argument -- and I'm not saying all this just because I'm a Hoosier. (Really! I'm not!) Let's face the facts, shall we? Professional American football is a sport -- and as such, ultimately, it's entertainment. Period. Yeah, you have athletes out there, but they're out there, really, to entertain the viewers. What the athletes do beyond that is up to them. Off the field, some of them are little more than high-paid thugs, while others actually do good things with the large amount of cash they earn. Both Manning and Brady are known for their charity work (though I would argue that Manning spends WAY more money and time on charity than Brady does, particularly through his PeyBack Foundation). In this respect, though, professional football players are like any other high-paid entertainers -- some are worthy of our attention and some aren't.

NOW, with that in mind, WHICH is the better Quarterback -- Manning or Brady? I say it's Peyton Manning, simply because, as a professional football player and, ultimately, entertainer, he's DAMN entertaining -- on AND off the field. (Seriously, what other quarterback have you ever seen standing on the field, flapping his arms, and yelling things like, "ICE CREAM ALERT!" during his pre-snap routine?) It helps that the man is a genuinely nice guy and funny as hell -- and deliberately so. There's a reason that Manning, and not Brady, is the NFL's most marketable player. If I gotta sit through a zillion commercials on TV OR online, I'd rather see Manning in them than Brady. At least there's always a good chance of getting a genuine, good-natured belly laugh out of 'em. 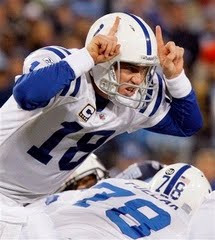 "Having a hard time sticking to that new diet?"


Actually, the whole Manning family is pretty funny. Gotta love Super Bowl winners Peyton and Eli picking on each other:

Posted by Sea-of-Green at 2:11 PM 5 comments: Links to this post 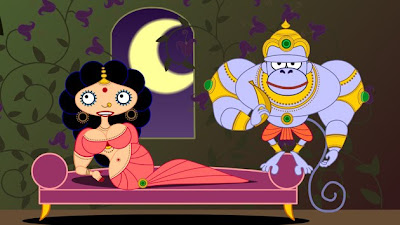 If you're a fan of animation AND classic jazz/blues -- and even if you aren't -- I highly recommend taking the time to download and/or watch Nina Paley's clever, full-length animated movie, Sita Sings the Blues. The movie is a bit hard to describe. The story involves parallels the artist has drawn between her own life and the life of Sita of the Ramayana. It's told via an odd combination of 2D animation styles, the Ramayana, and some 1920s blues recordings from jazz great Annette Hanshaw, with some Bhangra tunes thrown in for good measure. In all of cinema history, the movie's closest cousin is probably The Beatles' animated film, Yellow Submarine. Like Yellow Submarine, the animation in Sita Sings the Blues is primarily limited in nature -- but it doesn't matter because here, the STYLE is the thing. The film has earned mostly favorable reviews from the critics who have seen it, including Roger Ebert, who awarded it four out of four stars.

Now, here's where the FREE part comes in: Sita Sings the Blues, unfortunately, is tied up in all sorts of legal and distribution hassles, mostly dealing with very old copyright laws and with attempts by (far-right AND far-left) extremists to censor the film. To bypass the mess and make sure the movie gets to be seen by anyone who wants to see it, Nina Paley has made the movie available for FREE to anyone who wants to download it, burn it onto DVDs, show it publicly, you name it. Mr. Sea and I downloaded a hi-def version of it onto our PlayStation 3 the other night, and it looks as good as any other high-quality animated movie. We've also watched it three times already. Yes, we like it that much. The entire movie is also posted onto YouTube in one huge clip.

For more information about the movie and the artist, please visit Nina Paley's Website at www.sitasingstheblues.com. Support the artist with a donation if you can!

Posted by Sea-of-Green at 1:25 PM 5 comments: Links to this post